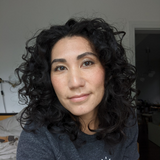 You were clear that you were only down for making out, but somehow between prioritizing the other person’s feelings and freezing under pressure, things happened that exceeded your comfort. Now you feel weird and even at fault. I mean, you did consent, at least in the beginning.

The misconception of what consent looks like and whose responsibility it is, creates a gray area, leaving people feeling at fault and ashamed for being a victim of sexual assault.

Sexual Violence on Campuses
According to a 2020 Statistics Canada report, 71 per cent of students in Canadian postsecondary schools experienced or witnessed unwanted sexual behaviour in the postsecondary environment in 2019. Less than one in ten people who experienced sexual assault or unwanted sexual behaviour spoke about what happened with someone associated with the school like a teacher, peer-support group or student-led service.

Sexual Assault Awareness Week at Carleton
This week, January 24 to 28, is Sexual Assault Awareness Week (SAAW) at Carleton University and many other postsecondary campuses across Ontario. It is just one of many efforts that Carleton is making to create new opportunities for dialogue, provide inclusive care for survivors, and bring greater awareness to sexual assault and gender-based violence.

A series of events and workshops will be taking place during SAAW, including Stories Spark Change: Roxane Gay in Conversation with Eternity Martis on Thursday, January 27 from 6:00 p.m. to 8:30 p.m. EST. Internationally renowned feminist commentator and writer Roxane Gay and award-winning Toronto-based journalist and editor Eternity Martis, will engage in an in-depth conversation about survivors of sexual violence reclaiming their stories and pushing back against shame to make space for healing and pleasure.

Roxane Gay opens up and holds a mirror up to rape culture
You may know Roxane Gay for her unflinchingly honest and often laugh-out-loud funny essay collections like Bad Feminist (2014) and Difficult Women (2017). In Hunger: A Memoir of my Body (2017), Gay untangles the connection between weight and safety, disclosing her own painful experience of being raped by a group of boys at the age of 12. This traumatic event was a turning point for her in terms of her relationship with food, and seeing her body and size as a means of self-protection. With great candor, introspection and cultural critique, Gay writes about food and body, size and safety, fat-phobia, health, self-care and the psychological struggles that invite anxiety into everyday moments of pleasure and consumption.

As editor of Not That Bad: Dispatches from Rape Culture (2018), Gay collects an anthology of essays featuring the personal stories of survivors that explore what it means to live in a culture where both victims and society at large are quick to belittle sexual harassment and assault as “not that bad.”
Never one to avoid complexity, Gay concedes that “it was comforting, perhaps, to tell myself that what I went through wasn’t that bad. It allowed me to break down my trauma into something more manageable. But in the long run, diminishing my experience hurt me far more than it helped.” If we can tell ourselves that rape isn’t that bad, imagine the many other violations and abuses we learn to tolerate, and which perpetrators feel entitled to commit without accountability.

Being on the receiving end of a disclosure regarding sexual violence is not something many are prepared for. Sadly, it is often in the discomfort, disbelief and denial of the listener that survivors are left alone, yet again. The lack of receptivity to stories of sexual violence makes it that much more challenging for survivors to speak their truths and feel safe, feel seen.

“I am weary of all our sad stories—not hearing them, but that we have these stories to tell, that there are so many,” says Gay.

As I listen to the audiobook version of Not That Bad: Dispatches from Rape Culture — hearing the actual authors’ voices narrating their stories experiencing sexual violence– there are moments when I am heartbroken, when I am disgusted, when I sense I’m growing weary. But I’m also grateful that some stories validate my own lived experience, while others show me a harsh reality, nothing like my own. Each story adds to my understanding and indignation. With each subsequent story, I can feel a softening, something like compassion. But I can also feel a fight forming, a fierceness I might never have assumed were it not for the injustice and entitlement at the heart of these acts of violence, were it not for these stories.

I’m eager to see where Gay and Martis take their conversation on Thursday. I hope that their stories and observations can serve as a spark for more members of the Carleton community to feel supported and seen. 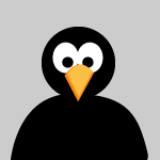 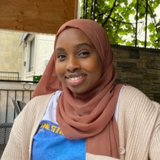 How to Dress for a Canadian Winter and Enjoy the Weather 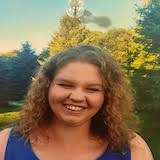 The Benefits of Animal-Assisted Therapy on Mental Health 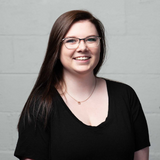 Do You Really Know About HPV?

Sleep as a Study Strategy

What is Harm Reduction?

This site uses cookies to offer you a better browsing experience. Find out more on how we use cookies and how you can change your settings.