To All Members of the Carleton Community,

Elevator service in that area of Richcraft Hall is offline until inspections for possible water damage are completed. The water has caused minor damage in the underground parking area which is also being investigated.

The southwest entrance off University Drive is closed while work crews complete repairs. The southeast doors to Richcraft Hall on University Drive are also closed temporarily to ensure radiators there do not have similar problems.

Alternate access to Richcraft Hall is available from the east entrance directly into Tim Hortons or through the Steacie Building.

Updates will be provided as information becomes available.

Facilities Management and Planning appreciate your understanding as we complete these emergency repairs. Message From the President: Moving towards Exams and the Summer Term

April 9, 2020 Good morning everybody, I hope this finds you well as we head into the long weekend. We have collectively reached an important milestone this week, and I... More 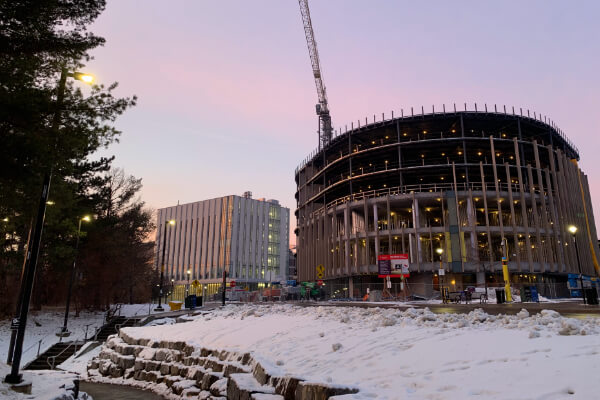 April 8, 2020 To All Members of the Carleton Community, As the current public health crisis continues to evolve, both the provincial and federal governments have announced emergency assistance programs... More Self-quarantine can be isolating. Working from home can be hard. It’s unsettling to be out of the normal routine. All the recent major changes have been overwhelming. In the wake... More