Two Ravens basketball stars made the final rosters representing the Canadian women’s and men’s teams, as fifth-year forward Catherine Traer (Chelsea, QC) and third-year guard Munis Tutu (Windsor, ON) of Carleton will both be donning the red and white Down Under next month.

Traer recently completed her fifth and final season of U SPORTS eligibility in dream-like fashion. The 6-foot-1 forward capped off a remarkable two-year stay with the Ravens by hoisting a second consecutive Critelli Cup title along with the program’s first national championship. Traer’s game-winning shot (“The Traer Prayer“) in the national semifinal helped Carleton knock off the defending Bronze Baby champion McGill, before her championship game double-double lifted the Ravens past the Saskatchewan Huskies in the final.  In her last year of university basketball, Traer averaged 10.4 points, 4.6 rebounds, 2.6 assists and 1.6 blocks in 21 regular season games.

Traer is no stranger to international duty and wearing the maple leaf on her jersey. In 2017, the Chelsea, QC native competed for Canada in several global basketball events including the 2017 Jeux de la Francophonie last July in Côte d’Ivoire and at the 2017 FISU Summer Universiade in Taipei City in September.

Tutu is coming off his first season at Carleton after transferring from Loyola Marymount (NCAA DI) just ahead of the 2017-18 campaign. The 6-foot guard showed flashes of brilliance throughout his junior season, starting all 23 regular season games and finishing with averages of 8.8 points, 4.5 rebounds, 4.7 assists and 2.0 steals per game. Tutu flirted with several triple doubles during the course of the season, influencing the game at both ends of the floor, but finding his niche as the team’s key playmaker. The Windsor, ON native finished fifth in the conference with 108 dimes, providing the Ravens with backcourt stability on their way to winning the OUA Wilson Cup and a bronze medal at the U SPORTS Final 8.

Tutu has represented Canada in the past, helping his country capture a silver medal at the 2014 FIBA Americas U18 Tournament.

Basketball has only been on the Commonwealth Games program once, at Melbourne 2006 (Canada did not enter teams in the tournament), and Australia won both the men’s and women’s tournaments at those Games.

Both teams will make their Commonwealth Games debut on Friday, April 6 and fans in Canada can catch all the action streaming live on DAZN. A first-of-its-kind esports league is poised to rattle the Ontario post-secondary sports world. Ontario Post-Secondary Esports (OPSE) is set to launch in the fall of 2020, opening up the opportunity... More 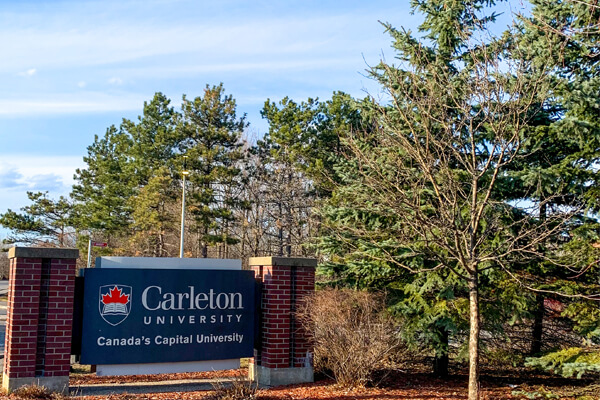 Update on the Winter 2021 Term for Undergraduate Students

As course registration has begun for the Fall and Fall/Winter terms, we must start looking ahead to the next major milestone: planning for the Winter 2021 term. We remain hopeful... More The International Student Services Office (ISSO) has a lot of exciting upcoming online events occurring within these next two weeks. If any of these events pique your interest, you should... More